This year’s theme is Solidarity, and in this series we will hear from those who exemplify what it means to be in solidarity with Palestine. We will also hear from Palestinian youth ambassadors who will share how they cope, and what brings them hope.

Cindy and Craig Corrie are the parents of human rights activist and observer Rachel Corrie who in 2003 was killed by an Israeli military operated Caterpillar D9R bulldozer in the Gaza Strip, as she tried to prevent the demolition of a Palestinian family’s home. Motivated by their daughter’s work and example, the Corries have dedicated themselves to the pursuit of peace with justice in the Middle 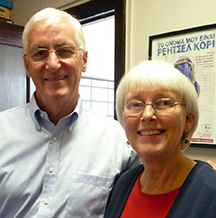 East and have made many visits to the region, including five to the Gaza Strip. In 2012 and 2016, Cindy Corrie co-led Interfaith Peace-Builder delegations to Israel, the West Bank
and Gaza. In pursuit of accountability in Rachel Corrie’s case and rights for Palestinians, the Corrie family has for years advocated in the U.S. at both state and national levels of government, and has sought justice through court systems in this country and in Israel.

The Corries reside in Olympia, Washington, where they support the work of the Rachel Corrie Foundation for Peace and Justice. In December 2010, the foundation was recognized for “outstanding service for Human Rights-Unique Achievement” by the Thurston County Diversity Council. The Corries are recipients of a Human Rights Advocates of the Year Award from Seattle University’s Human Rights Network and a Pillar of Peace Award from the Pacific Northwest Region of the American Friends Service Committee. In October 2012, they accepted the LennonOno Grant for Peace on behalf of their daughter Rachel.

Mark Braverman is a Jewish American with deep family roots in the Holy Land. In his writing and speaking Mark focuses on the role of religious beliefs and theology and the function of interfaith relations in the current search for a just peace between Israel and the Palestinians. He is the 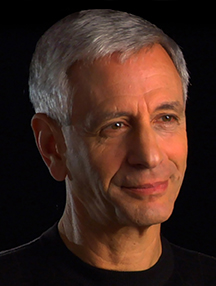 Executive Director of Kairos USA, an ecumenical organization of churches in the U.S. founded in response to the Kairos call of the Palestinian Christians. He is Research Fellow in Systematic Theology and Ecclesiology at Stellenbosch University in South Africa. Over the years he has worked with the Presbyterian, Episcopal, Lutheran, Congregational, Methodist, Baptist, Catholic, Mennonite and Unitarian Universalist churches on their policies and actions with respect to Israel and Palestine, and also with African American church leaders on the issue. He has been active ecumenically, serving on the Steering Committee of the World Council of Church’s Palestine Israel Ecumenical Forum, and as an advisor to the Public Affairs Committee of the General Council of the World Communion of Reformed Churches. Mark serves on the Board of Directors of the Tree of Life Educational Fund and the Advisory Board of Friends of Sabeel North America, and on the Global Kairos for Justice Theology Working Group of Kairos Palestine and on the Advisory Board of Friends of Sabeel North America.

Mark has lectured and trained internationally and is the author of two books — Fatal Embrace: Christians, Jews, and the Search for Peace in the Holy Land and A Wall in Jerusalem: Hope, Healing, and the Struggle for Justice in Israel and Palestine.  He has authored articles and book chapters on Zionism, ecumenism, and the role of the global church in support of the Palestinian struggle.  His writings, blog, and sermons can be found at www.markbraverman.org.

Rabbi Meryl Crean, has been the full-time Rabbi and Chaplain at Wesley Enhanced Living – Main Line for over 18 years. She received her ordination from the Reconstructionist Rabbinical College in 1996 and is certified as a Jewish Chaplain by Neshama – Association of Jewish Chaplains (NAJC). 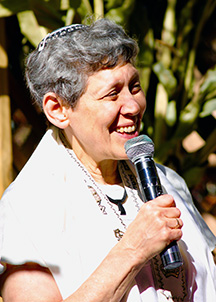 Rabbi Crean earned a certificate in Medical Ethics from Rush University in 2003. She is a member of the Reconstructionist Rabbinical Association, NAJC, and the Philadelphia Board of Rabbis. Before devoting her work to primarily serving elders, she served as Rabbi for various area congregations associated with both the Reform and Conservative movements.

“Building and nurturing community is at the heart of what defines my rabbinate.”

Meera Shah joined Palestine Legal in 2019. She supports the organization’s casework and public education and oversees the advocacy work on free speech, academic freedom, and the right to boycott. 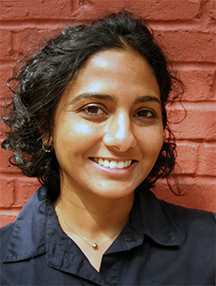 Meera has devoted her career to advancing human rights and social justice for marginalized communities. Before joining Palestine Legal, Meera was a Senior Legal Advisor at the Center for Reproductive Rights, where she helped launch a program to ensure the sexual and reproductive rights of women and girls affected by conflict. Prior to that, she supervised law students via teaching fellowships at the Global Justice Clinic at New York University School of Law and the International Human Rights Clinic at Harvard Law School.

In partnership with local human rights organizations and advocates, she supervised fact-finding, research, and advocacy projects related to human rights violations in Israel/Palestine and arising out of the Syrian refugee crisis. She clerked for Judge Andre Davis of the U.S. Court of Appeals for the Fourth Circuit in Baltimore, Maryland.

Meera earned her JD from Columbia Law School where she was a James Kent Scholar, served as an articles editor for the Columbia Human Rights Law Review, and interned for the Center for Constitutional Rights. She also holds a MA in Arab Studies from Georgetown University and a BA in international relations from Stanford University. Before law school, she worked as a media coordinator for the Middle East Research and Information Project (MERIP) and spent two years living in Palestine, studying Arabic and working as a journalist during the Second Intifada.

She is based in Palestine Legal’s New York City office and is admitted to the New York state bar. 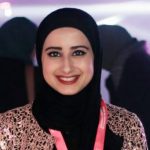 Dalia Shehadeh is a senior at Bethlehem University where she is majoring in business administration with a minor in marketing. Her interests include making connections with people from different cultures, and business operations including project management and marketing. Dalia is a volunteer with the Palestine Red Crescent Society and she is a student ambassador for Bethlehem University. When Dalia has free time, she works as an intern in the emergency department at the Palestine Red Crescent Society hospital. Her experiences as both a student and an employee have taught Dalia the value of hard work, efficiency and good communication. 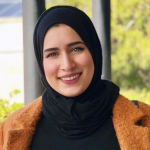 Rawan Ali earned her degree in Business Administration, with a minor in Translation, from Bethlehem University. She was an active student and enrolled in many extra-curricular activities. She especially credits the student ambassador program in helping her to grow and mature as it gave her the opportunity to meet people from all over the world, talk with them on important topics and issues, and feel pride at being able to represent her country, Palestine.  Because of the occupation, unemployment is high, even among college graduates, so currently Rawan is unemployed, however, she has interned at banks, non-governmental organizations (NGOs) and a school. Currently she is working as a freelance photographer and translator and hopes to make a difference in the world. 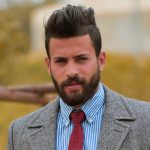 Sofian Ali, 24, was born in Bethlehem, Palestine and is a law student at Palestine Ahliya University in Bethlehem. Sofian is an active member in the Student Senate and works as a volunteer for new students, helping with applications, registering and orientations.  He also volunteers to help manage the student elections.

In addition to his studies, Sofian currently works as a waiter in his father’s restaurant and has also worked as a cashier in other restaurants in Bethlehem. Sofian will soon be starting an internship as an advocate in a law office in Bethlehem. 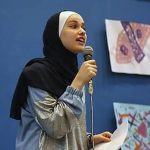 15-year old Lama Abed from Gaza City first traveled to the U.S. during winter 2019 as part of a delegation sponsored by Rebuilding Alliance to speak to Congress about the crisis in Gaza and her vision for peace.  While a student at the UN’s al-Mamounia School in Gaza City, she entered the competition  to select a delegate from Gaza along with hundreds of other students attending UN schools throughout the strip.  Her very strong English (she is self-taught) and public speaking skills earned her a spot on the delegation.

In addition to visiting Congress, Lama also went on a speaking tour throughout the mid-Atlantic states and New England.  In a report on her trip by We Are Not Numbers, Lama is quoted as saying “I did my best to ask for support on behalf of all Gaza children, but how effective I was depends on the hearts of the listeners.”

NOTE: So far Lama will not be able to attend the speaker series because she was denied permission to leave Gaza. This denial of free travel, which is sadly the state of affairs for almost all Gazans, is another story of injustice in and of itself.