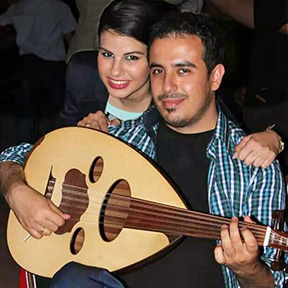 Tamer Al- Sahouri was born in 1987 in Beit Sahour, Palestine, and started learning the Oud at the Edward Said National Conservatory of Music (ESNCM) in 2000, graduating with distinction in 2009. He also earned a B.A. in Business Administration from Bethlehem University and another B.A. in Arabic music from Birzeit University. He is currently the head of the Arabic music department at ESNCM where he also teaches the Oud.

Tamer has performed in masterclasses and workshops with some of the world’s leading Oud players, and at national and international festivals in Europe, Africa, USA, South America and the Middle East with the Palestinian Youth Orchestra. In 2009 he founded and leads the Bethlehem University’s musical group “WAJD” which has represented Palestine in local and national events.

Nadine Shomali was born in 1990 in Beit Sahour, Palestine.  She obtained her B.A. in Business Administration, with a minor in Marketing, from Bethlehem University in 2012. She currently works as the Administrative Coordinator at QADER for Community Development in Bethlehem, working with people with disabilities.

She is the proud wife of talented musician Tamer Al-Sahouri, and mother to their beautiful 2-year old son, Hani. She was always passionate about music and started singing at an early age, joining the church choir and continuing throughout her university years with Bethlehem University’s musical group WAJD.

In 2009, she joined the choir that celebrated a mass with Pope Benedict, and in 2014 she was part of the welcoming ceremony for Pope Francis.

She participated with the French singer/songwriter Hervé Demon in a series of concerts in France, and represented Palestine with WAJD in Tunisia at Sousse University’s Music Festival twice. This is her second time joining the Tree of Life Fall Series.

Amal Murkus is a leading Palestinian singer and actress of international renown, who is also a producer and host of numerous TV and radio programs. She was born in the village of Kfar Yasif, in the Galilee and  graduated in 1990 from the Beit Zvi Institute for the Performing Arts (Tel Aviv) and in 2007 from the Musrara Arts College in Jerusalem. She is a lecturer at the Arab Teachers Training College in Haifa. 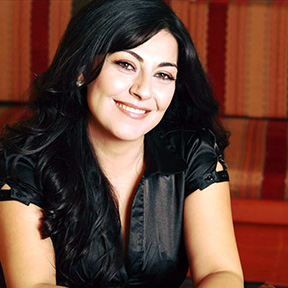 She has had numerous collaborations with other artists including American folk-singer/activist Joan Baez, Argentine folk singer Mercedes Sosa, and the radical rock star Robert Wyatt, along with many others.

As an actress, Amal has appeared in numerous theater productions and TV shows and she is a regular cast member in the Palestinian/Israeli version of “Sesame Street.” She was nominated for an Israeli Oscar (the Ophir prize) for her performance in the 1998 movie “The Milky Way,” and has won several acting awards, including “Best Actress” at the Haifa International Film Festival in 2003.

Amal serves on the board of Free Muse, an organization working against the censorship of art and music, and was honored for her role in promoting freedom and peace by the Italian Province of Avellino, and for her support of women’s issues by Women to Women USA.

Firas Zreik is a Composer and Arranger and plays the Kanun. Firas was born in Haifa, Israel in 1995 and is currently based in Boston, MA. He received a full-scholarship from the Berklee College of Music where he studied for five years, earning two bachelor degrees in Performance & Jazz Composition with high distinction. Firas has recorded and performed with master musicians and artists from all over the world, including Roger Waters, Shankar Mahadevan, Amal Murkus, FabrizioCassol, Amir Al-Saffar, and many more. 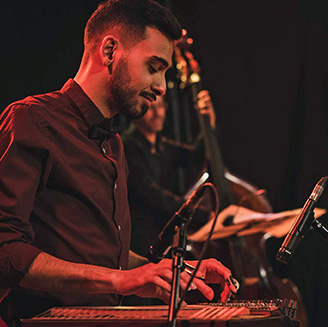 Firas has performed throughout the U.S., Europe and the Middle East both as a Kanun player and as a musical director. He has participated in many international festivals including the Carthage International Festival – Tunisia, the Savannah Music Festival, Festival D’Aix-en Provence, and more. Venues played include Boston Symphony Hall, Lincoln Center – NYC, Berklee Performance Center, and many others. His mother, Amal Murkus, is a leading Palestinian singer of international renown and Firas is the musical director of her band.

Alber Baseel is a hand percussionist from Bethlehem, Palestine. He is a sixth semester Performance major at Berklee College of Music. After graduating from Bethlehem University, Alber was on staff as a percussion teacher at Sounds of Palestine, a childhood music and social 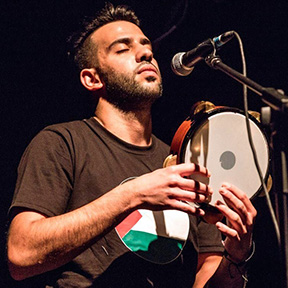 development program, as well as a workshop leader for the international music program Musicians Without Borders. A student of Edward Said Conservatory, Alber began his music education in the Classical Arabic tradition, where he learned what would become his principal instruments: Darbuka and Riq. While those instruments remain at the center of his discipline, his style has expanded to include Latin and African percussion. Throughout his career as a musician, Alber has enjoyed extensive travel performing throughout Europe, Northern Africa, the United States and South America.

The Boston Dabke Troupe was founded in 2014 by young professionals and college students in Boston with a mission to spread cultural awareness of Dabke, a folk dance common to the levantine regions of Palestine, Syria, Lebanon, Jordan, and Iraq. Since their inception, BDT has hosted over 50 open lessons teaching Dabke and has performed at over 40 events ranging 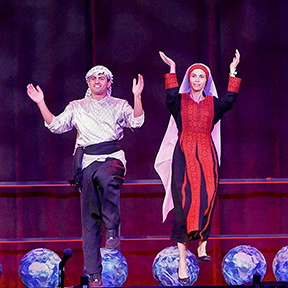 from cultural events, to fundraisers, and weddings. As part of their mission to support their communities, Boston Dabke Troupe donates 10% of its earnings to Palestinian causes, charities, and non-profits.

BDT also does community outreach with school “cultural days” performances and other events. In addition, they are dedicated to teaching Dabke to others and they regularly host lessons for the general public at the MIT campus and can offer private lessons as well.