In our annual Tree of Life journeys, we have learned the importance of the arts for the Palestinian people. The 28-foot wall that imprisons them has been turned into an art gallery, and their Debbke dances, orchestras and ensembles express their ebullient spirit, as if to say, “We will not be silenced!”

Thanks to our good friend and member of our Tree of Life Arts Council, Tamer Al Sahouri, a Palestinian musician from the community of Beit Sahour, we have seen the smiles and the pride on children’s faces as they have played their instruments – the oud, Syrian qunun, violin, cello and drum. Through the work of the Edward Said National Conservatory of Music, Tamer and his colleagues teach music — the language of the soul — to their children. 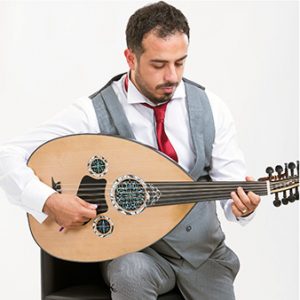 Tamer shared with us the origin of the oud. A father in grief over the tragic death of his child, created a musical instrument out of the rib cage of his child. In a place where children suffer from the ravages of war and the cruel injustices of the Israeli occupation, music continues to offer a non-violent way in which Palestinians can express their grief and by their music demonstrate the dignity and tenacity of their Palestinian identity.

IN HONOR OF TAMER, PLEASE MAKE A GENEROUS CONTRIBUTION TO THE EDWARD SAID NATIONAL CONSERVATORY OF MUSIC.

Your support is needed now more than ever!

We have also learned of the arrest of Suhail and Rania Khoury on the morning of July 22nd. Suhail is the General Director of the Edward Said National Conservatory of Music.

Despite enormous challenges, their Palestinian youth orchestra has performed throughout the world, and in their music – the music of Palestinian composers as well as those such as Beethoven, Vivaldi, Bach and Mozart – they have exemplified the dignity of the Palestinian spirit and their determination to be free. Now, however, with these cruel arrests, the work of the Edward Said National Conservatory of Music is in jeopardy.

A note from Suhail Khoury 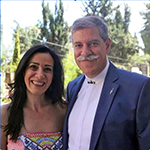 Other than the ongoing daily policies the Israelis are trying to enforce in East Jerusalem, we do not know what triggered the attack on the morning of the 22nd of July. The attack was simultaneous with the storming of our apartment and our arrest.

In the Israeli police’s statement released the day of the attack, they mentioned that they targeted institutions that promote Palestinian culture. Guilty as charged. But what we also promote is hope. We teach tolerance, respect of the other, gender equality, freedom of speech, cultural exchange, and fundamental human rights.

So how can they silence us?

Please watch this video with student musicians from The Palestine Youth Orchestra.

Their music must not be silenced! While these arrests have jeopardized the Edward Said National Conservatory of Music, through our financial support we can make a difference!

“I raise my voice today, as I continue on my quest, to keep Palestine on the map, by refusing to choose silence and by condemning such acts of violence and discrimination.” 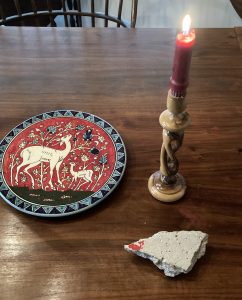 When the Berlin Wall was finally torn down in 1989, an orchestra performed Beethoven’s 9th symphony ending with the famous chorus based upon the poem “Ode to Joy.” Only on this occasion, it was changed to “An Ode to Freedom.” I keep a piece of that ugly wall on my bookshelf to remind me that the walls that divide us can and do come down.

Thanks to the work of the Edward Said National Conservatory of Music, the young people of Palestine have a non-violent form of resistance against the Apartheid Wall that imprisons them.

By making a contribution to their work, we have the opportunity to become a part of their orchestra, using our own “instrument of peace” (St. Francis) to create fissures in the Apartheid wall. May we all live and work for the day when together with our Palestinian friends we can witness the collapse of that Wall and then together with them, we will sing the “Ode to Freedom!”

Please consider a tax-deductible contribution to the Edward Said National Conservatory of Music. You can donate here.

Past Actions
Refusing to Choose Silence
Sending Food and Medical Supplies to Gaza
Food Baskets to Palestine During Covid-19
The Golan is Occupied Syria!Gaza Support