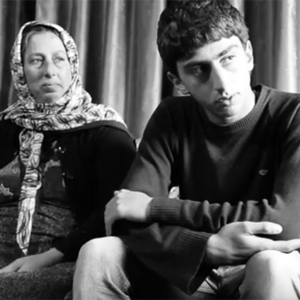 Whereas, numerous international human-rights organizations (UNICEF, Defense of Children International-Palestine, Human Rights Watch, B’tselem) and even the State Department have documented ill-treatment of Palestinian children by the Israeli military detention system; and

Whereas, every year, 500 to 700 Palestinian children as young as 12 years old are arrested, (sometimes taken from their beds at night by Israeli soldiers and police), bound, blindfolded, driven to detention centers and denied access to lawyers and their parents during interrogations; and

Whereas, with 40 percent of the Palestinian population under the age of 14, a just peace between Israel and the Palestinians starts with promoting the dignity and the inherent human rights of Palestinian children; and

Whereas, Israel is the single greatest beneficiary of American military assistance, receiving $3.8 billion, some 25 percent of its defense budget, from American taxpayers each year; and

Whereas, Israel is allowed to spend as much as $800 million a year of this American taxpayer assistance with little transparency, accountability or oversight by U.S. officials; and

Whereas, the passage of H.R. 4391 will forbid Israel’s use of U.S. tax dollars to so detain Palestinian children; and

Whereas, wherever children are being abused, mistreated, or degraded responsible adults, especially elected leaders, have a duty to speak out and work to seek justice; and

Whereas, we commend Congresswoman Betty McCollum (MN 4th) and the 30 other congressional co-sponsors of H.R. 4391 (as of 11/14/2018) for standing up for the human rights of Palestinian children;